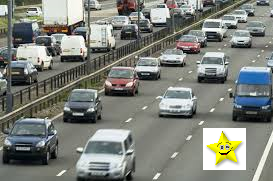 Will We Ever Really Have Driverless Cars? 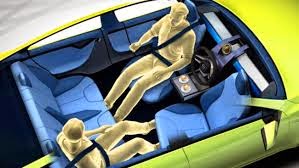 Not for a very long time I think

I've been reading up on driverless cars and I must say I'm a bit skeptical. Maybe it's because I rely on teaching people to drive for my living. Maybe it's because I think that the skills used in good driving cannot be replicated by a computer. There's a lot more to it than number crunching as you well know.
There's a big trial starting next year which checks out two different types of vehicle. Completely driverless cars and cars where the human driver can take over at any time. According to the Transport Minister they can improve safety, reduce congestion and be better for the environment. There's no explanation of how but it must be true. Two thirds of British motorists are against the trials taking place on British roads and nine out of ten drivers saying a front mounted incident camera should be mounted so liability can be established in the event of an accident. If it's the car's fault then who is to blame in an accident?
This shows a skeptical attitude towards the new technology and I must say I share this view. After all a computer can't think. There is so much more to safe driving than not hitting whatever object is in front of you. How will the cars communicate with each other? Drivers use a wide range of signals and gestures to communicate with each other when a situation arises that is not clear cut. A great deal of co-operation is required to get through those tight meeting situations where priorities aren't clear. How can a computer anticipate what will happen next? Forward planning is essential to a good driving. I suppose that there is software that takes care of it for us.
Talking about software, there are people working behind the scenes to make sure the robocar will have all the latest map info so it knows where it is in the world. What about roadworks and temporary diversions? That's a lot of info. As the car can't think it can't figure it's way around something that's not already programmed in to it's brain. Whoever is doing the roadworks would have to upload the data on where and when the roads will be blocked and the information would have to be accurate. Sounds like a lot of work to me.
I can't see this driverless car thing happening any time soon. I like it when people learn new skills and take some responsibility for themselves and others. It's all part of life and growing up I suppose. Constantly handing over our life choices to new technology is a disturbing trend. Or maybe I'm just old fashioned.

Be a safe driver
Posted by Unknown at 13:18 No comments: 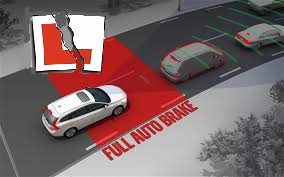 But not for further driver training.

I see that calls have been made for Autonomous Emergency Braking to be fitted to all new cars. It has been suggested that those who choose a car with this technology fitted should be rewarded by having some of the cost covered by a government concession. All very nice. If a person decided to take an advanced driving course to improve their level of competence and minimise risk would they receive a cash incentive? I think not. In a world where it is estimated that three quarters of all UK drivers would fail the standard driving test this reliance on technology can be a dangerous thing.
What is Autonomous Emergency Braking anyway? I've been looking at how it works on the make of car I drive. A front mounted radar detects vehicles up to 80 metres ahead which the car may hit unless some action is taken. If the device thinks a collision is likely then an audible warning is given. If the driver doesn't respond then there is a braking jolt to again warn the driver. The brakes are prepared so when the driver does brake then the correct amount of braking pressure is automatically applied. No action from the driver means the device will do the braking on it's own. The autonomous braking only works at low speeds up to 30kph. At 30 to 80kph there are warnings if it detects a stationary object but no braking. At speeds above this there are warnings and some partial braking with brake assist for the driver. It's good for stopping low speed shunts then.
The technology has it's limitations though. The object in the road needs a certain degree of radar reflectance or the device won't see it. Also if the sensor is obscured by dirt or snow and doesn't have a clear view then it's effectiveness is seriously reduced. Hardly a foolproof device if all that's needed is heavy spray like you get on motorways to render it ineffective. The device can be switched off with the mode stored on the key fob. If two people are using the car then one person could turn it off without the other one knowing. Presumably there is a warning light to tell you whether it's on or off.
Don't get me wrong I'm not against new vehicle technology at all. I'm all for progress. What I am against is drivers who wouldn't pass the L test thinking that new technology excuses them (or me) from our responsibilities as drivers. Improving your driving  skills, particularly in regard to hazard awareness and planning would help reduce accidents more than any device can. Especially one that can be rendered ineffective if it rains or your car got dirty. In the event of a collision could the device be blamed for not working properly? Would a driver pay less attention to the road if they think the device will take over for them?
The most effective safety device you can get is a well trained driver who is paying attention to the road and anticipating what will happen so that early action can be taken. Let's have some financial incentives for people who wish to make the roads safer by reaching the highest driving standard they are capable of.

Advanced driving lessons Nottingham
Posted by Unknown at 01:12 No comments: