Driving test pass rates only tell a fraction of the story.

I was reading an interview with a driving instructor in the DIA Driving magazine the other day. I found the tone of the interview somewhat elitist and disagreed on many points. I do feel strongly about one particular point though, the publication of an individual instructor's pass rates.
Like many driving instructors I get the odd pupil now and then who just does not respond well to being on test. They can drive to a suitable standard technically but nerves get the better of them on the day. These pupils who take many attempts to pass are the ones who require us to do the job as instructors. They need a lot of support and encouragement and the knowledge that their instructor will stick with them until they succeed.
It is these very pupils who I enjoy a good working relationship with. They are the ones who give me good online reviews and recommend me to other people who want to learn to drive. I get a great deal of satisfaction from seeing them succeed after so much work and it's good to have my teaching skills tested. We can all teach those who have natural ability and confidence.
Ironically it is these pupils who need the most support who are bad for my pass rate. If I have to protect myself against a low published pass rate I will have no choice but to ask these pupils to leave and find another instructor. I won't be able to risk more fails going on to my record and so will not be able to do my job properly. I read an excellent letter from an instructor once who taught in an automatic car and specialised in teaching elderly people and those with learning difficulties. His pupils took several attempts to pass and so his pass rate would be very low indeed. Does this make him a bad instructor? I would say not but the public may view him as such after seeing such a low pass rate published online.
I would say pass rates are only a useful indicator I the extremes. If an instructor has an extremely high pass rate compared to others in the area it may indicate they are particularly good. An extremely low pass rate may show an instructor who is not up to scratch. The middle ground doesn't say much at all. If the public was to choose an instructor because his pass rate was a few percent higher than the next that would not really be an informed choice.
Test centres have different pass rates. Mostly due to the difficulty of the traffic situation in that particular area I would say. I don't believe it's because instructors are better in quieter towns than they are in major cities. Pass rates are therefore a poor indicator of a driving instructor's ability. The public would be much better off using word of mouth or online recommendations when choosing who will teach them to drive.

How Many Driving Lessons Will I Need? 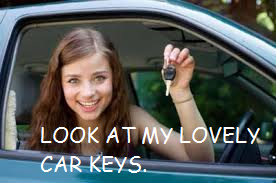 How long is a piece of string?

People always ask how many driving lessons they will need to get a licence. This question is impossible to answer. They never ask how many lessons it will take to become a good driver or a safe driver which shows where the real priorities lie for most people. Parents who passed years ago after 10 lessons don't really help matters as they expect their kids to do the same without realising how much driving has changes over the years and that the test has changed in accordance with modern driving.
A couple of case histories about someone who passed quickly and another who took a long time usually does the trick. To pass in fewer lessons a person will need to have some natural driving ability. This becomes apparent on the first lesson. If a new driver can move the gear stick and operate the clutch smoothly then that are in for an easier time than someone who is lacking in manual dexterity. A good memory for procedures is handy as well as a willingness to put in some extra study in between lessons.
Parental support is a big factor. The learner who can get private practice with friends or relatives will need fewer lessons and receive a big boost to their confidence. I think the confidence gained outweighs any bad habits or negative attitudes that might be picked up so it's always something I encourage. These things can always be put right anyway.
At the other end of the scale there are people who have very little in-car experience even as a passenger. They look at the dashboard like it's the cockpit of an alien spacecraft and have difficulty handling the controls with any degree of finesse. Some folks haven't even ridden a bicycle so there are hardly any reference points we can use to begin teaching. Now we're looking at a person who will need more lessons.
There is a certain pressure on driving instructors to get people through the test in the minimum number of lessons in order to keep costs down. I find that if the pupil is made aware of their progress and each lesson is well structured then this pressure disappears. Learners relax and are willing to take a reasonable number of lessons if they see that they need them to become safer drivers. A mock test at the right time can really put things into perspective.
I always tell people that they will be driving for decades so what does a few more lessons now matter? Money spent learning to drive safely is money well spent in my book and will reap rewards with a safe and long driving career. Fewer insurance claims and prangs means less financial outlay and driving smoothly means your car will last longer and need fewer repairs. It's win win all the way.

Nottingham driver trainers
Posted by Unknown at 04:32 No comments: 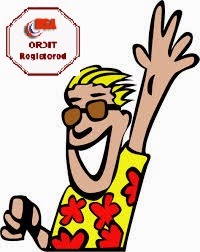 Has the Instructor Training Industry all but disappeared?

I've been on the Official Register of Driving Instructor Training for a good few years now. It's either 6 or 8 I'm not quite sure. My current registration expires in a month but I don't think I'll be renewing it. There's the cost to consider. After buying a new set of books and paying for the inspection it'll come to three hundred pounds easily. I don't have a trainee at the moment either to do the inspection with. I'd have to ask one of my previous trainees to stand in and probably pay them for their time.
Whenever I do take on a trainee driving instructor they are very rarely starting from scratch. some have been with an instructor they know personally who is not ORDIT registered for the bulk of the training. The lack of knowledge and skill shown after paying for 40 hours of training can be quite shocking. The trainees don't seem to mind that their trainer is not on the register and in some cases don't know the register exists at all. Maybe it doesn't carry the weight I think it does. Several prominent schools I know offer training without being on the register and nobody seems to mind at all.
I think most people from outside the industry tend to go with the most high profile advertising. The national schools will always win on this front. TV adverts showing driving instruction as a relaxing job where you work the hours you want and still earn a packet give the wrong impression. Perhaps my honesty about what you can earn and the difficulty of the qualification process put people off.
It seems that paying for a complete course up front appeals to potential instructors. The thought of making one payment and getting it out of the way certainly makes sense. This is something I am loathe to do. Fees are generally non refundable after a certain time. Company policy is a good thing to hide behind when refusing to give someone their money back but as a solo operator I would definitely have to return the money. Not something I would want to do if it's already sitting in my bank.
I thought at first that potential ADIs would make for reliable customers compared to learner drivers but this has not always been the case. I have had plenty of short notice cancellations which included a lot of booked hours. Many trainees don't even tell me when they have passed so I can keep my records up to date. Of course the record books have to be printed at home at my own expense. This can be a real pain after a full day's work. It's something I'm not going to miss. I'll consider all things over the next month until the registration runs out but I don't think I'll miss being an instructor trainer.

Teaching young drivers in Nottingham
Posted by Unknown at 03:24 No comments: