Differing Attitudes to the Driving Test 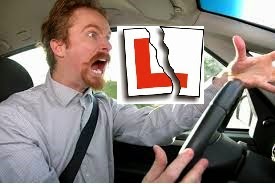 I've been looking at how talks go on about modernising the driving test to make it more fit for purpose. I don't really see much wrong with the test itself. Teaching needs to keep up with modern practices so it sticks after the test but the driving test itself is fine I think. There is talk of including a sat nav section which would be useful. I also heard that manoeuvres were being done away with altogether which would be a big mistake. In a world short of road space you've got to be able to move the vehicle safely in confined spaces.
I teach a wide range of people who all have their own views on the driving test. Some of them are based on myth while others can be motivated by culture or by past experience. The attitudes based on myth are the funniest. Some people believe that the test is rigged and based on quotas. Don't get your test on a Friday because they will have run out of pass certificates is an old favourite that keeps sticking around.
People from overseas can be outraged at how difficult and lengthy the UK driving test is. Students from the middle east think the test is way too long and far too stringent. This can cause a few problems during teaching as they shrug off their mistakes like it doesn't really matter. Constantly comparing how we drive here with what you can get away with in Iran can become a bit of a bore. Driving in Iran sounds like a deadly game of forcing your way through traffic by any means necessary compared to here. Trying to convince foreign students that our way is the better and safer way can be a bit of a challenge. They tend to have a distrust of officialdom and what they see as needless bureaucracy which can make them a little argumentative towards examiners. Even after they have just passed.
Many experienced drivers think the test is not hard enough. It's a lot more difficult than it was when I passed back in the 80s. Many parents seem to think that nothing has changed since then and their kids should be able to pass in 10 lessons or less. They also see the test as being something separate from 'real driving' and just want their kids put through as quickly and cheaply as possible. Whether the youngsters are safe on the road afterwards seems to be of secondary concern.
I'm sure that the driving test will continue to evolve in it's own slow and painful way. There are many ways it can be refined to include new things. I would definitely reduce the number of allowed driver faults. 15 is a bit too many for my liking. I think 9 is about right. As long as the driving test helps produce better drivers in the future any progress is good news.