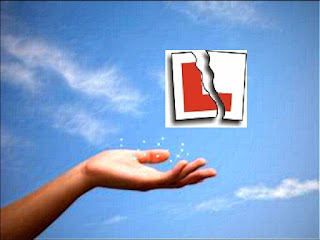 The Road to Driving Lessons can be a bumpy one.

Most of the time a driving school runs smooth as silk. Regular pupils have regular lessons. They book the same time week after week so the days take some sort of shape and we all know where we are. More work and less stress is always a good thing. Sometimes though there are ripples in the pond which always seem to come at once.
People give up on driving lessons for many reasons. So long as it's not because they have a problem with the instructor this can't be helped. Starting a new year is a bit of a turbulent time in driving instruction. Pupils from the previous year don't get back in contact and return to their lessons as they said they would. People pass the test in time for Christmas leading to a lot of new intake as we get into the new year. Many of whom are learning to drive as a new year's resolution, not because they really want to which can result in a lack of commitment.
A couple of pupils have this week decided to give up after only a couple of lessons. They both paid in advance so it's refund time. I haven't actually lost money from this but it certainly feels like it as a few hundred pounds disappears from the business account. I really should charge some sort of admin fee for the time taken messing around with internet banking but that seems a bit tight. If I wasn't independent and had a school name to hide behind maybe I would. Dealing directly with people is a bit different though and I would hate to have a petty argument over a few pounds. Trying to convince people to carry on and give it a bit more time can be dodgy. They may resent it after a couple more bad lessons and decide that you are only interested in taking their money. I find it best just to refund the remaining lessons, wish them well and let them go. Learning to drive requires a certain focus and determination. Not something an instructor can provide and if they don't have it then success will be very hard to come by.
I've also asked a pupil to leave recently, or rather refused them any more lessons due to extreme time wasting. Week after week they cancelled with one excuse or another. As they book for the week after I can't really fill the space and the income I lose soon adds up. They get good at cancelling just before the cancellation fee takes effect as well. After a couple of polite warnings it's time to wish them all the best and let them go. We can't afford to lose valuable lesson time on people who will not commit.
I even had a pupil who was so obnoxious and negative on the first lesson I gave them the lesson for free just to get them out of the car and away down the road. After a few years in this game you can tell when it's going nowhere with certain people. I feared that this was the type of person who would post a bad review out of pure spite. If that happened the money I lost on the lesson would seem like nothing compared to the bad publicity and potential loss of business so on with the friendly face and in a gentle voice apologise that they are not satisfied and here's the lesson for free. This is the stuff you just don't get taught about in Instructor college. Keep it clean and professional leaving them no cause for complaint. The next pupil will hopefully be nicer and we're all back on track. Hopefully things will settle back down in the coming weeks and it'll be a rip roaring 2017.