I Teach Safe Driving For Life 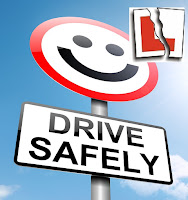 I remember once getting an unsolicited lecture from a driving test examiner about following driving test routes on lessons. He had taken my candidate out on test and they had followed another driving school car who had followed the test route exactly. He seemed very annoyed that this had provided endless prompts for my pupil who simply had to copy what the car in front did. He said my pupil may have passed anyway but I could see his point. I wondered why it was me who received the talking to and not the guilty instructor, but there you go.
I have never taught test routes in their entirety. I just don't believe in it but I can tell that there are still some driving instructors who do. We all get pupils who have been with other instructors and have changed because they are dissatisfied with the teaching they are receiving. Some have complained to me that they follow more or less the same route week after week with no variation and have simply got bored. Could the route have been a test route? Another giveaway is when on the approach to a roundabout I ask if they have covered roundabouts. Sometimes they will reply "Yes I have done some, but not this one." When I ask if they have had properly structured lessons covering each major topic individually they reply in the negative. They have never been given a briefing, shown a diagram or even had the topic introduced properly. They just drove the same route each week and received tips only on how to deal with the problems on that route. This is driving instruction at it's absolute worst in my opinion.
I take my pupils all over Nottingham. I only do 90 minute lessons which allows time to get out there and cover topics which may not even crop up on the test but will be needed for safe and happy future driving. I will make sure they are familiar with any complex junctions in the test area but that is a world away from teaching a certain route.
Perhaps some instructors worry about their pass rate and see following routes as a way to ensure that most pupils pass first time. The problem is that it probably is. If a learner driver knows exactly where they are going and what to look out for they will feel a lot more confident on the day. Publishing individual instructor's pass rates may lead to more of this sort of thing but what happens after the driving test? We have a lot of new drivers with a full driving licence who are simply not prepared for the road. Many drivers who have held a licence for some years will only drive to places they know in good weather conditions. They have a fear of driving to unknown places and don't trust themselves on busy roads. All the advantages of driving are denied to them. I bet they only practised on test routes before they passed.
Nottingham is a good place to learn to drive. Everything from city driving to country roads are readily available so there are no excuses for not preparing young drivers properly. In the long run a first time pass is not necessarily a good thing. I have had many pupils say they are glad they passed on the second attempt and had the extra lessons because they feel more prepared for the road. As they will be driving for the next 50 years or so it is wise to set some good driving foundations. Financial and parental pressure could be forcing young drivers to take the test earlier than they would like. I like to think that the people I have taught are capable of safe driving for life and they will remain safe and competent drivers. That's why we do what we do.