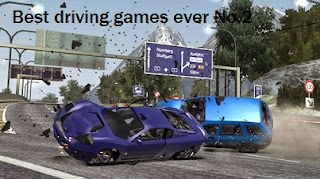 Don't you just love games consoles? I know I do. Many an hour have I spent raiding tombs or assassinating folk. Endless fun. I've never excelled at driving games though. Perhaps I lack the killer instinct for a race as I always seem to be content to follow at a safe distance. Perhaps it's the instructor in me.


Way back in the days of PS1 I absolutely ruled at Wipeout 3. Nobody could touch me in this futuristic racer. You sort of hovered along above the ground along a track. It had definite physics and you could get the back end out, turning two curves into one.


That game was the end of my dominance. Now I spend my time getting absolutely flogged at drift racing on Need For Speed. Coming nowhere near the scores my friends get. I tend to throw the towel in early and pretend I'm deliberately crashing and that I don't care. Inside it really hurts.


As a middle aged man now I think I'd better stick to Skyrim for my thrills. I seem better at fighting dragons than taking corners accurately at speed.
Need a good driving instructor?
Where do I go for Pass Plus Nottingham?
Posted by Unknown at 10:38