Getting Along With the Tram 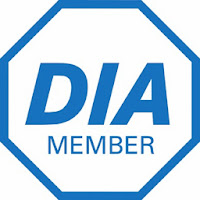 We've got trams in Nottingham. With an ever expanding network into new areas we will soon have a lot more. It can be difficult for learners to get used to them at first especially when driving in a busy city centre.


The first thing that surprises the new driver is the lack of noise. Silently they glide until the warning bell chimes or you can hear the robotic voice when they pull up. Some residents in Nottingham mounted a campaign because the tram pulled up outside their house and the voice was driving them crazy, but I digress.


The length of a tram can be an issue when it comes to overtaking one that has pulled up. It's a long time on the wrong side of the road and you can't always get a clear view. Probably better to just sit and wait behind. It won't be long. Unlike the time you have to wait in traffic where the new tram lines are being built. You could be there all day.


The idea of a cyclist getting stuck in tram lines seemed a bit daft when I first read it as a question on the theory test but when I look at the tram tracks I see how easy that would be. They interfere with cars as well. Try to keep the tyres off the tracks or you'll slip slide around. Not good.
driving instructors Carlton Nottingham
Help and advice for learner drivers in Nottingham
Posted by Unknown at 08:02